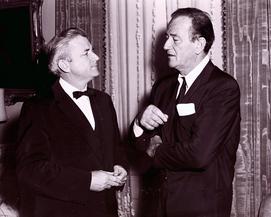 Ann, Susan, and Dani - Gov. Bill and Miss Vara's 3 daughters - discuss childhood memories with the Manager of the Historic Village. 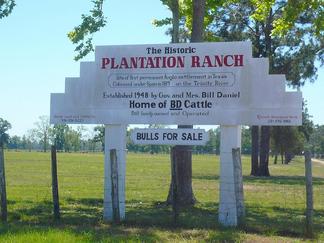 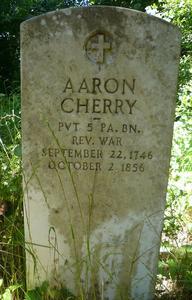 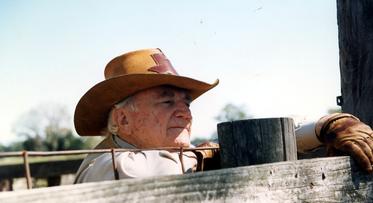 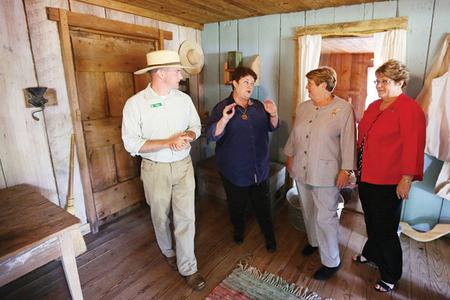 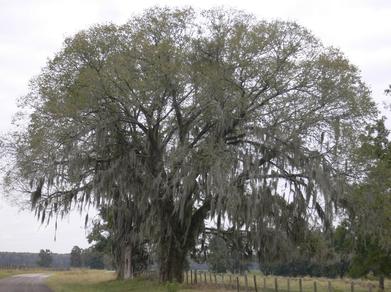 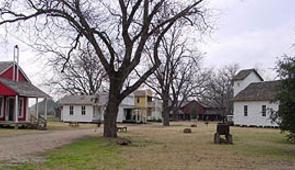 View of the "Historic Village" at Baylor University

William Partlow "Governor Bill" Daniel - as he was affectionately called after being appointed governor of Guam by President John F. Kennedy - and his beloved wife, "Miss Vara" Faye Martin Daniel, purchased what is now Plantation Ranch in 1948.  They became the fourth owners of the plantation since its original grant to Private Aaron Cherry, who fought with the Continental Army in the American Revolution.

Following the American Revolution, Aaron Cherry moved from Virginia to Ohio, then down the Mississippi River to New Orleans, and finally to Texas in 1818.  Searching for a place uniquely situated to farm, raise cattle, and trade, Cherry settled his family on a bluff overlooking the east bank of the Trinity River.  Here, he traded with some of his famous friends, one being the pirate Jean Laffite, who traded hides, tobacco, cotton, and other goods along the Trinity River.  Cherry's final resting place is located on Plantation Ranch in a lake-side cemetery, fittingly situated among several large black walnut trees (known for their preference of soil that is deep, fertile, and moist but well-drained...one of the very reasons that brought Aaron Cherry to Texas all the way from Virginia).

Aaron Cherry hosted several Texas heroes at his plantation, including Jim Bowie, William Travis, David Crockett, and Sam Houston.  In 1845, Sam Houston's wife, Margaret, along with her mother Nancy Lea and her sister Antoinette, helped found the nearby historic Concord Baptist Church, along with others, including Joseph L. Ellis, who in 1844 was appointed by then President Houston as agent to the Alabama and Coushatta Indians.  Joseph Ellis also established a plantation in the Aaron Cherry League, and Sam Houston, a frequent visitor, called it "Pleasant Lawn" Plantation.

In 1936, the Texas Centennial Committee named Aaron Cherry’s home the oldest permanent Anglo settlement in Texas.  Consequently, when Gov. Bill and Miss Vara purchased the plantation, rich with its unique history, it was in need of a name fitting its heritage, thus "Plantation Ranch"was born.

Under the stewardship of Gov. Bill and Miss Vara, Plantation Ranch has served as host to many significant and historical events.  Just a few include dozens of parties and Easter egg hunts for special needs children and their families at which stars including Roy Rogers, Dale Evans, Loretta Lynn and a young Hank Williams, Jr. provided entertainment.  Other events included hosting a retreat for United States astronauts and Russian cosmonauts during the Cold War, the annual Big Thicket Trek Trail Ride, planning for the original motion picture "The Alamo" in which Gov. Bill played 3 parts and supplied livestock and horses, and various other educational and agricultural programs.  Many generations of folks from Liberty County and the surrounding area fondly remember field trips to the ranch to witness a part of the Plantation Ranch's annual "Roundup".

In 1985, the Daniel family donated several buildings and thousands and artifacts to Baylor University, which are now a part of the Governor Bill and Vara Daniel Historic Village.  The "Historic Village" - located on the Brazos River beside Baylor Law School (Gov. Bill's alma mater) - displays these important buildings, antiques, and artifacts, providing visitors and thousands of school children each year with a glimpse into the past.  Included in the donation from the Daniel family was a cotton gin, blacksmith shop, hotel, livery stable, school-house, barbershop, dance hall, saloon, town hall, 25 horse-drawn vehicles, and thousands of other artifacts representative of life in the late 1800s.  One year later, in 1986 - being the 50th anniversary of Plantation Ranch being confirmed as the oldest permanent settlement in Texas - the buildings and artifacts were relocated to Baylor University in an epic move documented by Texas Escapes - click here to find out more.

The Historic Village underwent a two year revitalization and was re-dedicated and re-opened to the public in May 2012 at a ribbon cutting hosted by Baylor President Ken Starr.